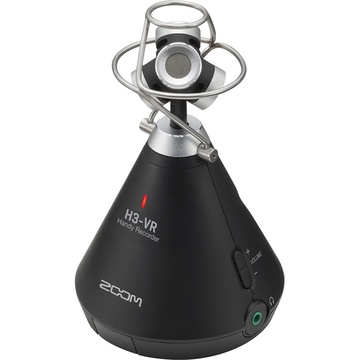 The Zoom H3-VR Handy Audio Recorder captures, encodes and decodes spatial audio all in one device. Whether you’re a filmmaker, musician or game developer, virtual reality is the undeniable future of content creation. While 360-video is exploding in popularity, the ability to easily create 360-audio has lagged behind…until now.

The H3-VR’s four-capsule microphone captures 360-degree audio recordings, precisely, up to 24-bit/96 kHz. The binaural setting provides a hyper-realistic spatial recording that enhances 2D productions with 3D audio. The onboard decoder automatically converts the raw Ambisonics A audio to VR-ready Ambisonics B audio, so it can easily be paired with your 360-video. And no computer is required.

Accurately capture rehearsals, ensembles, and solo performances in recording studios and concert halls; you can spice up your stereo recordings with the binaural mode that tracks at up to 24-bit / 48 kHz to enhance 2D productions with spatially accurate imaging compatible with standard headphones

On-board decoder automatically converts the raw Ambisonics A audio to VR-ready Ambisonics B audio, so it can easily be paired with your 360-video.

6-axis motion sensor provides automatic detection of mic position, enabling the audio and video orientations to stay aligned from scene to scene regardless of mic placement.

Integrated Ambisonics playback allows you to rotate the H3-VR to simulate spatial audio while listening.

On-board LCD screen displays direction of microphone orientation to suit the position of the H3-VR.

Straightforward buttons include home, play/pause, forward, back, and menu.

Simultaneously adjust gain for all mic capsules via a single knob.

H3 Control App allows remote access to transport controls, levels, and metadata notes via your iOS device and optional Zoom BTA-1 Bluetooth adapter, allowing you to control the device in real time without being in the shot—an important consideration for VR audio capture.

Included mounting bracket allows you to mount the H3-VR to your VR camera.

Sample rate stability is achieved through the use of an accurate internal clock (only 0.5 ppm variance).

Two AA lithium batteries will power the H3-VR for up to 24 hours.

Two AA NiMH batteries will power the H3-VR for up to 11.5 hours. 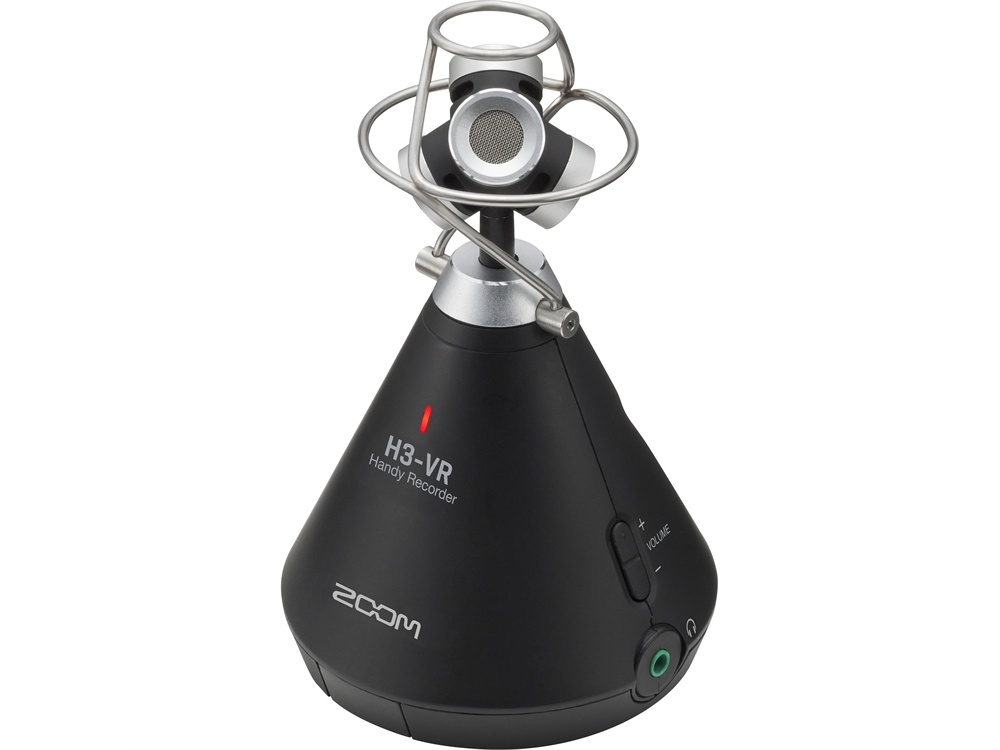