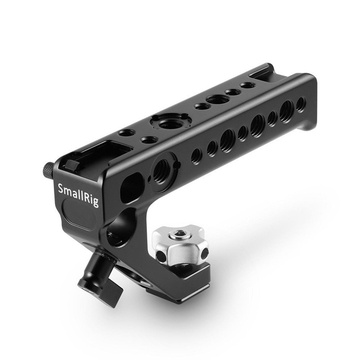 SmallRig Cold Shoe Handle 2094 is designed for DSLR cameras and cages. It offers lots of additional attachment options and enables the camera to release its potential to the utmost as per the needs of cameraman during shooting.

It is equipped with an abundance of 1/4"-20 and 3/8"-16 threaded holes for DIY operations. It could be mounted with Monitor Holder Mount 1842 for monitor. Arri locating point on the top could attach Magic Arm 2026 for monitor. It comes with three built-in cold shoes. The one in the front could attach microphone directly or Magic Arm 1875 for monitor. It features an anti-off button on the side to prevent the accessories from accidental removal. The one in the rear could be mounted with wireless voice receiver.

It features a cold shoe adapter at the bottom, with a thumb screw above operated manually to lock it tight. The cold shoe handle could be placed on the hot shoe of camera or mounted on the side of cage for handheld shooting. 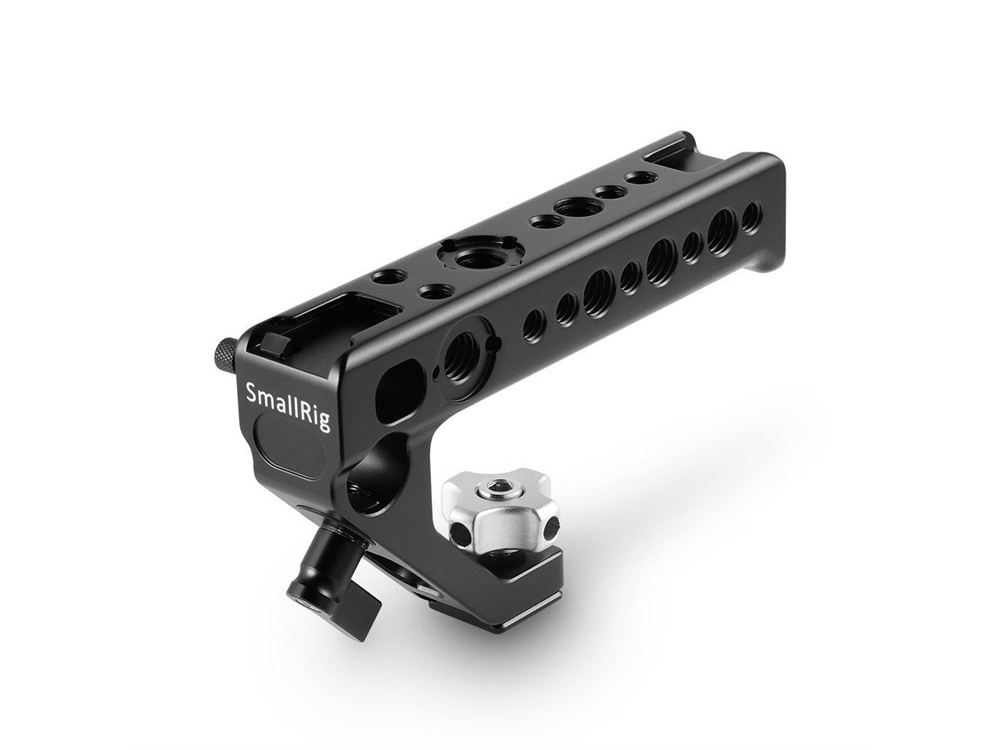