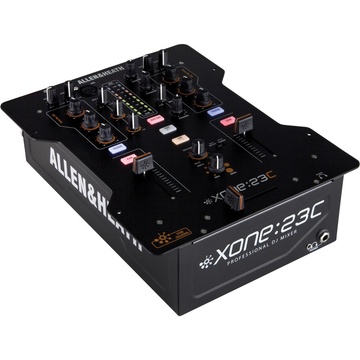 The Allen & Heath XONE:23C DJ Mixer with Internal Soundcard is designed for professional and home DJ applications such as at a party or in the club. The mixer features an internal 4 stereo channel 96 kHz 24-bit USB sound card, an enhanced version of Allen and Heath's Xone voltage controlled filter system with resonance control, a 3-band total kill AEQ per side, VCA faders, illuminated switches, styling from the flagship DB4 DJ mixer, and a user upgradeable crossfader with curve selector.

For I/O, the mixer includes two pairs of RCA line inputs and two pairs of RCA phono inputs. Though the mixer has two faders, each of the four inputs has an independent level control to enable playing up to four simultaneous sources in the mix. It also features dedicated stereo send and return channels for integrating external effects units. The front panel of the unit includes a balanced XLR input for connecting a microphone with level, high frequency, and low frequency equaliser controls.

The crossfader features a switchable curve for mixing or scratching. As an option, the user can replace the stock crossfader with Allen and Heath's high end Innofader for enhanced performance (sold separately).

Switches curves between modes dedicated to mixing and scratching 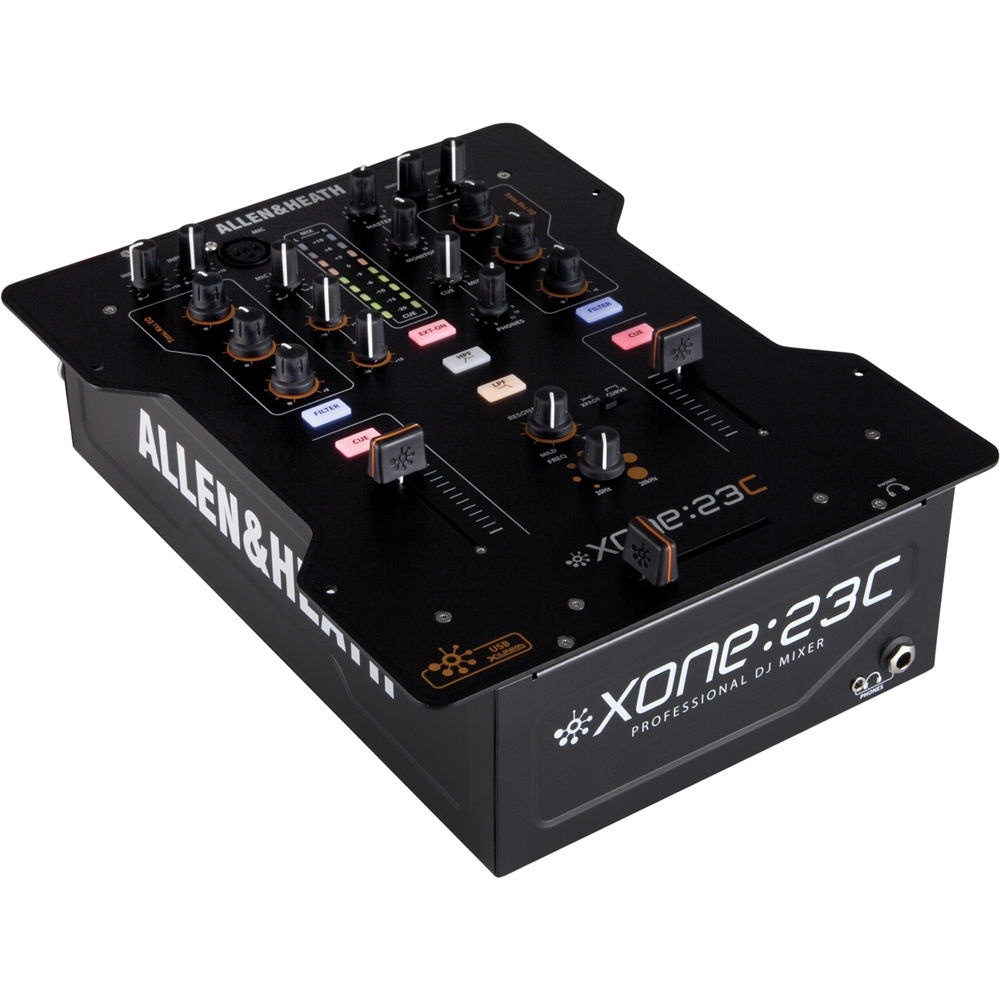