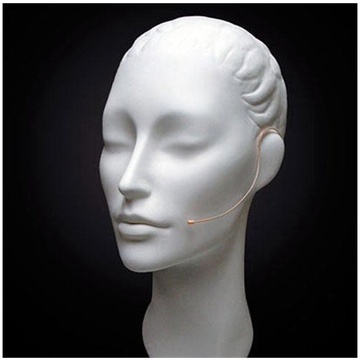 The beige E6 Omnidirectional Earset Mic, Highest Gain, with Detachable 1mm Cable and TA4F Connector for Shure and Beyerdynamic Wireless Transmitters from Countryman is a vocal microphone with an adjustable boom that weighs less than one-tenth ounce. It is a water- and wind-resistant microphone that can be used on either ear for capturing audio in houses of worship, theatre, or outdoor vocal and speech applications.

The low-profile, omnidirectional E6 Earset virtually disappears against the skin, so performers forget they're wearing a mic. Three sensitivity options cover general speaking to extremely powerful vocals and four colour options allow you to match the E6 to your skin tone for minimum visibility.

In addition, the E6 Earset features three omni caps (very bright +8 dB, bright +4 dB, and flat +0 dB) that deliver response characteristics for most other applications such as recording flute and violin. The E6 Earset is available as a directional microphone too with cardioid and hypercardioid caps. This omnidirectional E6 Earset's cable terminates to a TA4F connector for direct connection to a Shure AXT100+, BLX1, FP1, GLXD1, PG1, PGX1, PGXD1, QLXD1, SLX1, UC1, ULX1, ULXD1, UR1, UR1M, or a Beyerdynamic TG 100 (gray switch) or TG 1000 (gray switch) wireless bodypack transmitter.

Unobtrusive
The Countryman E6 head-worn Earset is small and lightweight, and is hardly visible from a distance.

Rugged and Reliable
The E6 Earset's stainless steel boom is built tough and can be bent and re-bent many times to fit different performers. The E6 is highly resistant to makeup, sweat, and moisture when used with the supplied protective caps.

Versatile
The flexible boom is easily shaped right on the performer's face and is available in multiple skin tones. Their protective caps let you shape the frequency response for different situations or to match other microphones; caps for the directional earset adjust the pattern from cardioid to hypercardioid. Choose a sensitivity for speaking or singing with up to 140 dB SPL capability.

Refined Sound Quality
The E6 provides high-quality audio with low distortion and an SPL of up to 140 dB. It delivers rich, full band audio quality.

Provides Isolation
Easy adjustment keeps the mic in a position for rejecting unwanted sounds. Countryman's omnidirectional Earset offers a reduction of 12 dB compared to a lavalier mic, while the directional E6 Earset provides even more isolation. Excellent for houses of worship, theatre, and outdoor events.

Replaceable Cables
An E6 replacement cable instals in seconds. The snap-on cables are rugged and available for almost any wireless transmitter or for XLR inputs with phantom power. 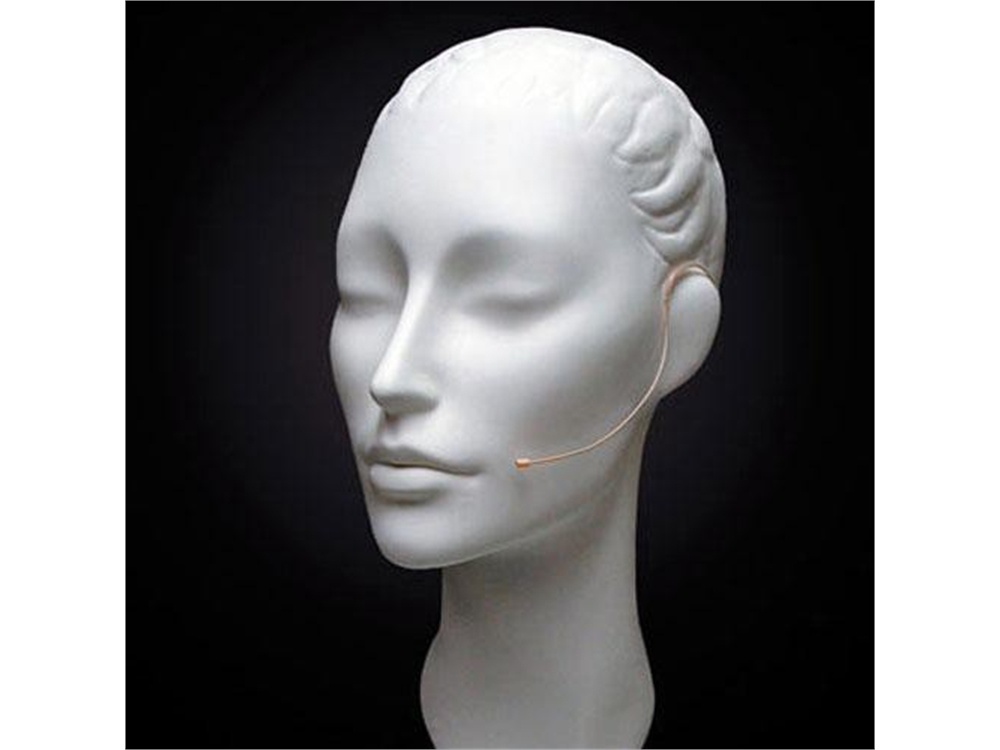