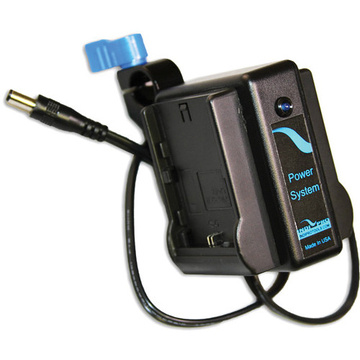 Product #18851 | SKU PGRID4KLP
In stock with supplier Usually Ships in 2 - 3 Weeks
what does this mean?
IndiPRO Tools

The IndiPRO Tools Power Grid for Blackmagic Production Camera 4K, featuring two Canon LP-E6 battery bays, is a single-clamp rod mount power solution. It supports one Canon LP-E6 battery on each side and draws power from both simultaneously, allowing a substantial increase in the camera's run-time. The supported DV batteries come in different sizes, some very lightweight, and the Power Grid itself weighs only 0.4 lb, so Power Grid can be set up as a lightweight solution. Batteries are sold separately. Power Grid connects to the camera via a right-angle DC connector on an 18" cable.

The Power Grid requires both batteries to be attached at all times, but it also provides continuous power to the camera's internal battery, keeping it at full capacity at all times, so you can swap the two Canon LP-E6 batteries for two other ones without the camera powering off. An LED indicator on the Power Grid lights up and remains lit as long as the two Canon LP-E6 batteries have sufficient power. 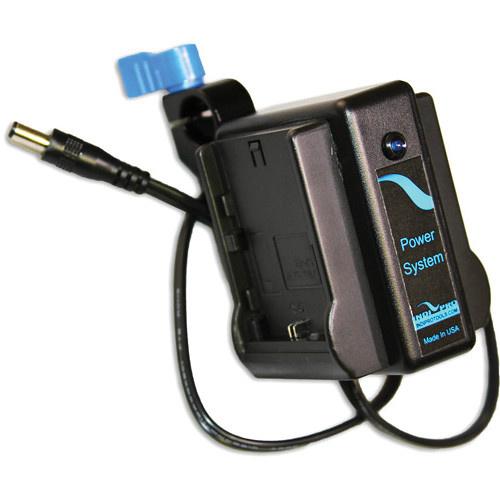