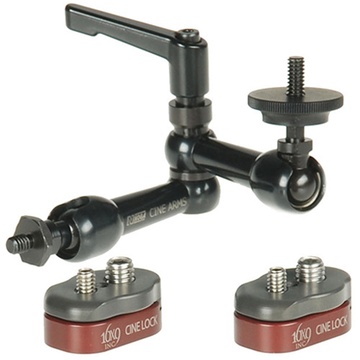 The Noga Cine Arm and Cine Locks Kit 2 combines 16x9's upgraded version of Noga's Hold-It Articulating Arm with two sets of Cine Lock quick-release mounting devices. 16x9's upgrade consists of equalling the lengths of the Arm's two arms to be 5" (12.7 cm) each so they can have stronger holding resistance.

The Cine Arm has three joints - a central one where two arms reach out from, and two ball-joints at the endpoints of the lower and upper arms. The lower endpoint is what the Arm mounts the camera with, and the upper one is what an accessory gets mounted onto.

Thus set up, the two arms can open wide or close in along the central joint, and then, along the lower ball-joint, they can fluidly be moved in any way vertically and horizontally. And thus an accessory can be positioned with precise focus. And then with the tightening of a lever atop the Arm, all three joints lock into place simultaneously.

What the Cine Locks do is make it possible for the arms to snap onto the camera and the accessory, as opposed to being screwed on each time. Each Cine Lock consists of two parts that each attach separately and then lock into each other. At the slide of a pin they unlock and separate from each other. Thus they provide quick-release functionality. The two parts are a burgundy wedge and a gray plate. They each have two different-sized screw-holes via which they either screw onto a stud, or -- by means of included screws -- get fastened to a screw-hole. 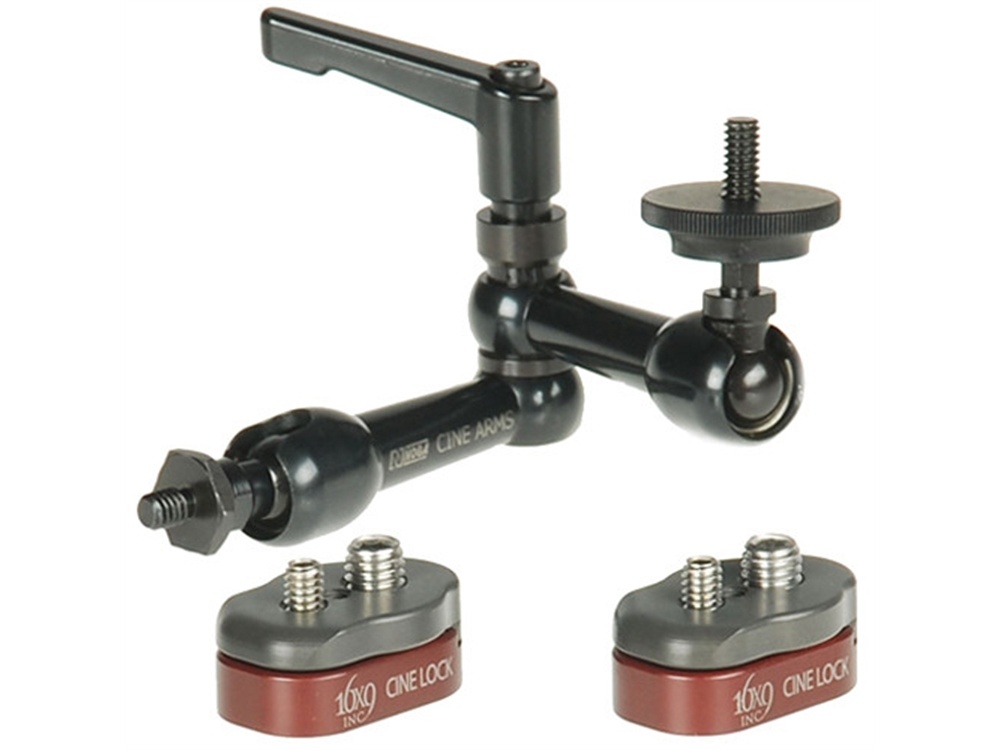