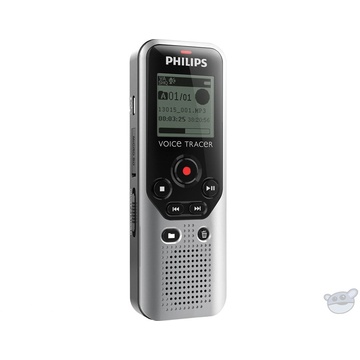 The Philips 4GB Voice Tracer 1200 Digital Recorder lets you record notes and documents on-the-go. It supports both PCM and ADPCM (WAV) recording formats, which enables you to utilise a variety of bit-rates ranging from 32 to 384 kbps. The Voice Tracer 1200's other features include 4GB of built-in NAND flash memory, a microSD card slot that supports up to 32GB cards, a micro-USB 2.0 port for high-speed data transfers, a 3.5mm microphone input and a 3.5mm headphone output. For added convenience in the field, a built-in 110mW front speaker facilitates immediate playback of recent voice recordings.

The Voice Tracer 1200 also supports hands-free operation thanks to voice-activated recording. When voice-activation is engaged, the device will automatically begin recording as soon as it detects a voice. When that voice stops, the recording stops. If the voice begins again, the recording will begin again until the feature is switched off.

The Voice Tracer 1200 is equipped with an easy-to-read 1.3" backlit dot matrix display and instant one-touch recording that lets you start a recording even when the device is powered off. All you have to do is hold down the record button for a moment and when the unit turns on it will instantly start recording. Other features include a keypad lock that protects your files, noise reduction technology and support for up to 10 index marks per file.

Press and hold the record button for a moment to switch the Voice Tracer on and then start recording instantly.

The large 1.3" graphical dot matrix display lets you view all important file information at a glance, even in poor lighting conditions, thanks to the backlit display. It also supports multiple languages including English, French, German, Spanish, Italian, Russian, and Polish.

With 4GB of built-in NAND flash memory, your Voice Tracer is able to capture multiple days of continuous recording.

Extra-Long Battery Life up to 42 Hours

The two AAA batteries that are included with the recorder will last up to 42 hours for extra long recording sessions. 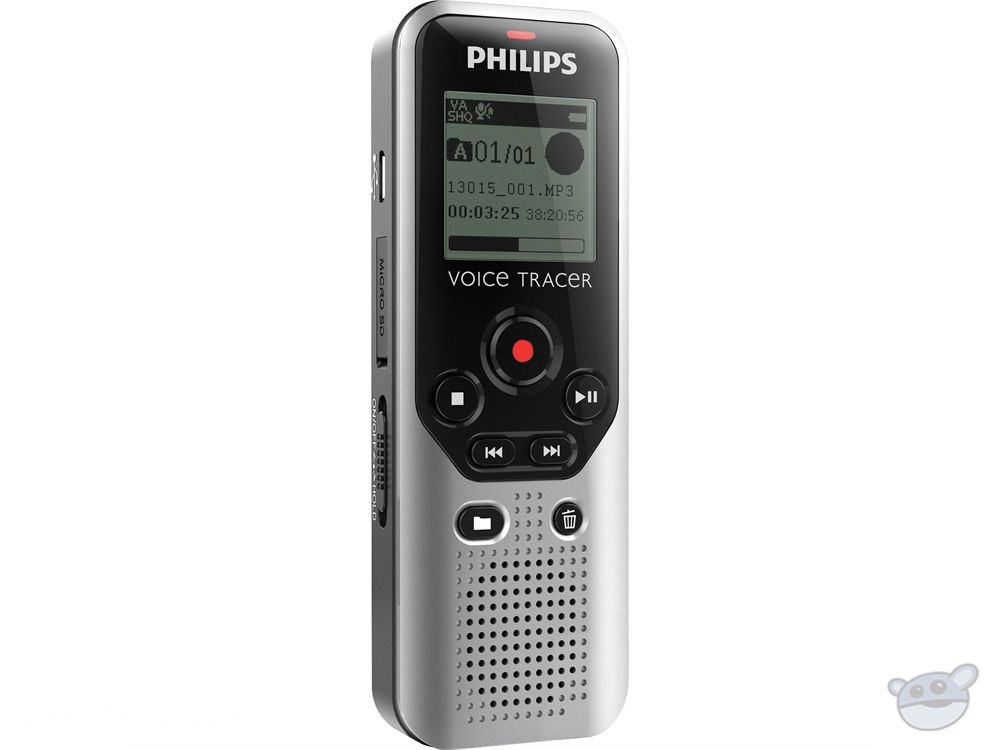