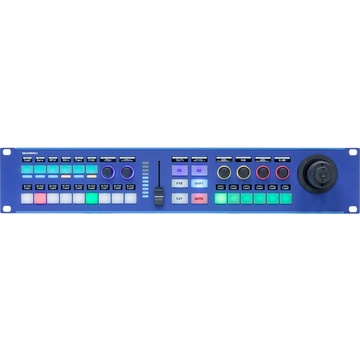 Live switch and control PTZ camera movement from a single 2 RU unit with the SKAARHOJ Rack Fusion Live PTZ Controller with NKK . Equally at home on your desktop or in a rack, this versatile controller incorporates switcher, ME, and PTZ sections.

The switcher section provides a nine-key bus row plus six additional four-way buttons with RGB multilevel metering LED bars and two encoder knobs. Each of the buttons and knobs in the switcher section has its own dedicated OLED display. In the ME section, there is a transition fader with an RGB LED bar for transition position or VU metering, six keys including multilevel shift ad assignable user keys, and two OLED displays. Lastly, the PTZ section is equipped with six multifunction keys for presets and camera selection, four encoder knobs, a total of ten OLED displays, and a three-axis joystick.

The Rack Fusion Live runs the SKAARHOJ-developed open-source UniSketch OS, which is user-programmable to fit specific workflows. PoE technology simplifies setup by enabling signals and power to travel via a single cable. 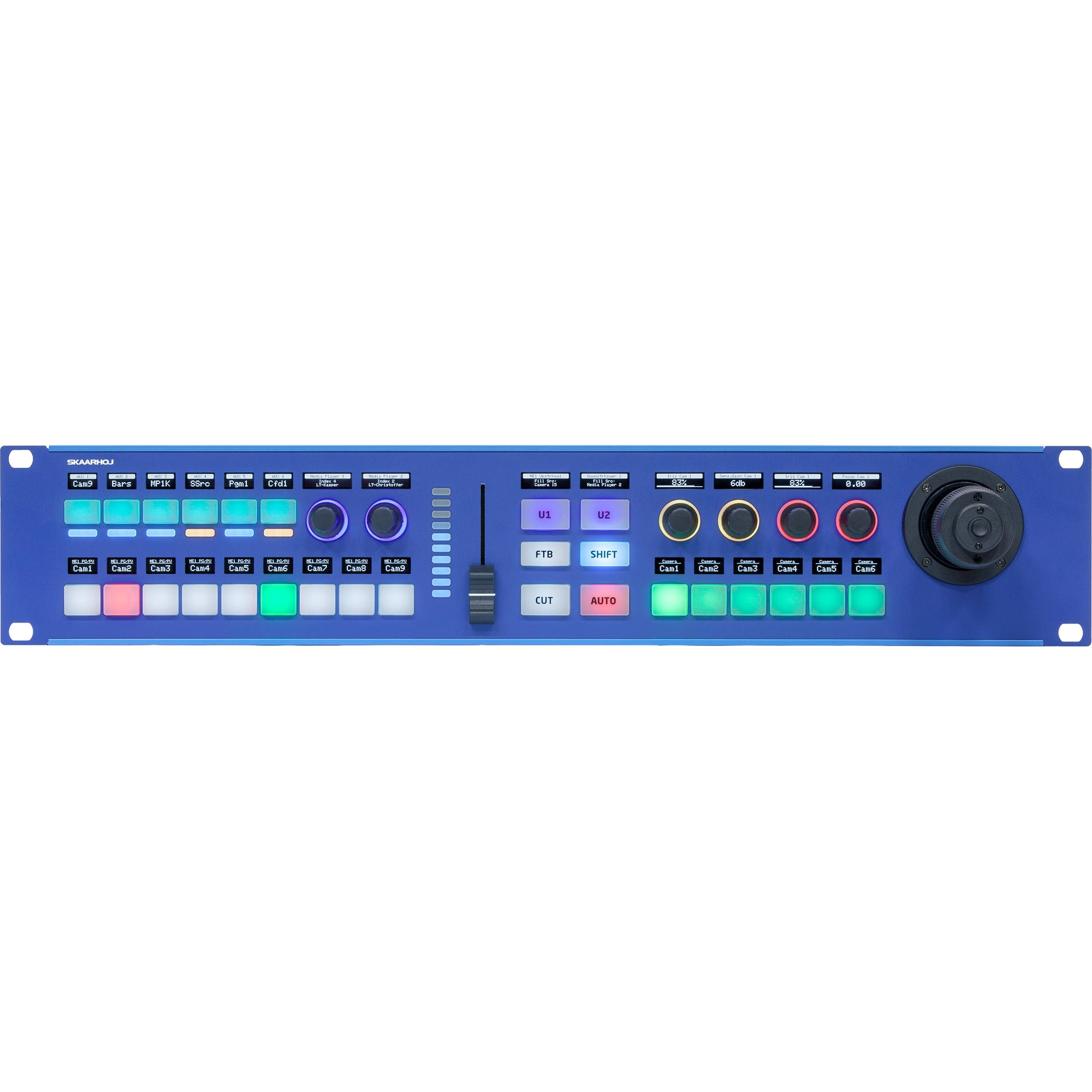