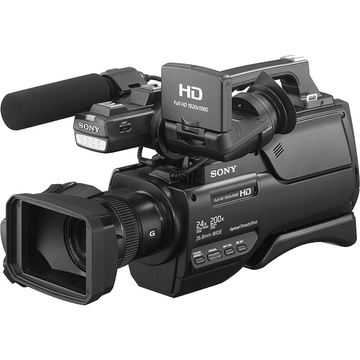 The HXR-MC2500 Shoulder Mount AVCHD Camcorder from Sony is designed for shooters looking for the inherent stability and professional feel a shoulder-mount form factor provides. It features a 1/4" / 0.64 cm Exmor R CMOS chip that can work with as little as 0.8 lux illumination when in SD mode, and low light performance is further augmented by a built-in LED light shinning 800 lumens at 1.6; distance. The camera records Full HD in the widely supported AVCHD format and can record SD in the DV codec with an AVI wrapper. The camera is Wi-Fi enabled allowing you to control it from an app as well as monitor a low-latency live feed on a smartphone or tablet.

For live monitoring, there is an HDMI output. Video can be recorded internally to the 32GB flash memory, which stores about 170 minutes hours at the 24 Mbps (FX) quality setting, or a SDHC/SDXC or MemoryStick memory card.

Wide 26.8mm Angle Lens
With 12x zoom, the lens features a 26.8mm equivalent focal length when at its widest setting, helping to minimise the times a wide angle adapter or converter will be required

OLED Tru-Finder and 3" LCD Panel
The Tru-Finder viewfinder uses OLED technology for a better viewing angle and features a resolution of 1.44 million dots, adequate for critical manual focusing. There is also a 3" LCD panel for when the camera is not being used over the shoulder, which features a 0.92 million dot resolution. The LCD screen can be close or disabled when not in use to conserve battery

Low-Light Shooting
The HXR-MC2500 is capable of up to 0.8 lux minimum illumination when using manual settings with the shutter set to 1/15 second, the iris at f/1.8, and the gain at 33dB. Plus, there is a built-in LED video light that casts 800 lumens brightness when 48.8 cm from the subject

Wi-Fi Enabled with NFC Connectivity
Through Wi-Fi it is possible to operate a number of camera settings from a smartphone or tablet. You can also monitor a live feed, which is ideal for setups - such as a news conference - where the camera will be placed somewhere that people aren't allowed during the event. The NFC feature saves time, allowing you to pair the camera with NFC-enabled mobile devices simply by tapping the device to the camera. Functions you can access through the app include:

Hybrid Recording
The camera comes equipped with 32GB of built-in memory, offering approximately 170 minutes in the 24 Mbps (FX) quality setting. There is also a memory card slot that can accept SD, SDHC, SDXC, and Sony Memory Stick Pro Duo cards - all available separately - for even longer recording times. Simultaneous modes lets you record to both media at once, while Relay will roller over from one media to the other once the fist fills up. Relay makes indefinite recording possible, as long as the battery lasts or AC power is available

DV Recording
In SD mode, the HXR-MC2500 records in DV codec - the same format used by MiniDV tape cameras - and puts the file in an AVI wrapper. This format is supported by most editing programs, and features less compression than the MPEG-2 SD mode found on many other cameras

Assignable Lens Ring
The lens ring can be set to manually control focus, exposure, white balance, iris, or shutter speed - giving you direct access without having to go through the camera's menu 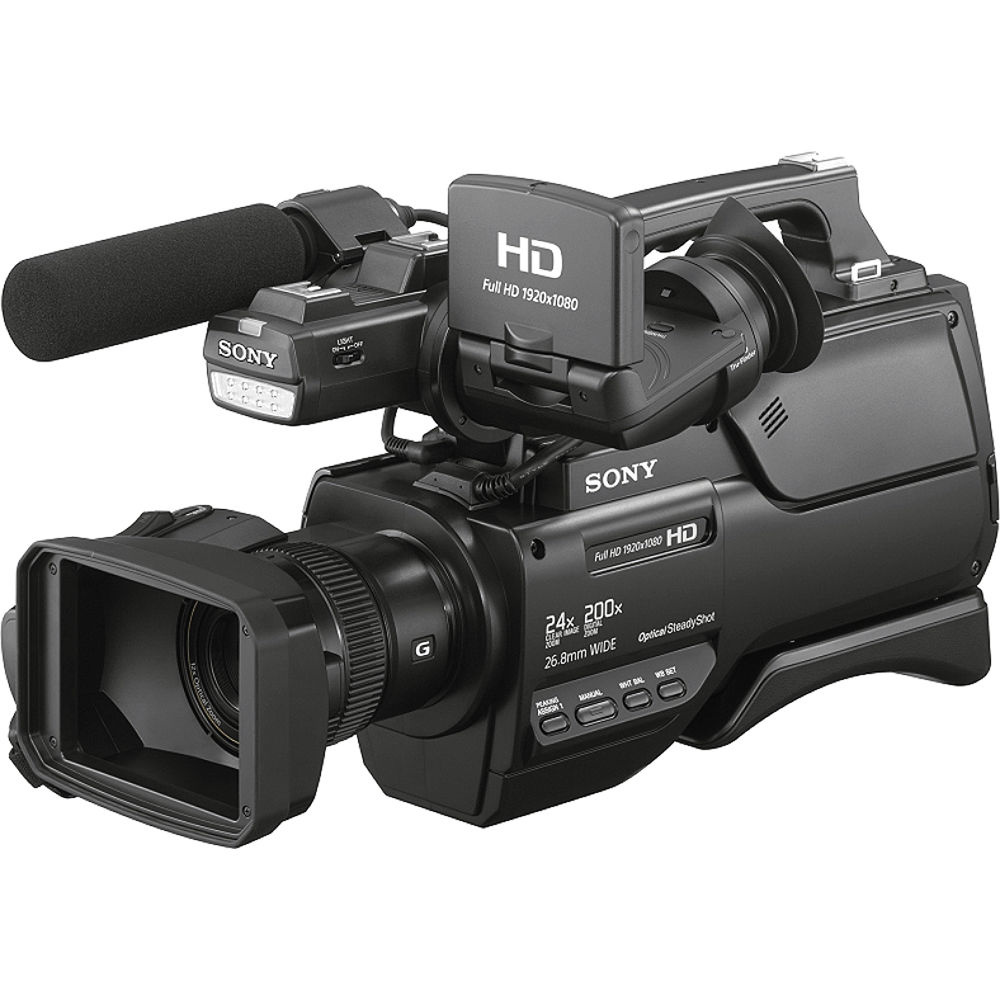