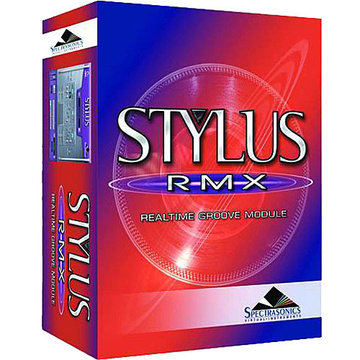 Stylus RMX Xpanded is an innovative software plug-in instrument that integrates a massive core library of thousands of cutting-edge groove elements, loops and samples, with a powerful user interface for creating grooves. It combines the power of Groove Control with Spectrasonics ' Advanced Groove Engine (S.A.G.E.) technology, providing users with dramatic control over groove production and performance.

The 7.4GB core-library contains a wide range of modern musical genres. Mixes of grooves are broken down into individual tracks called Elements which can be arranged in an infinite number of combinations. Additionally, the software ships with thousands of Kit modules and over 10,000 new single hits. Users can create their own customised multi-track remix grooves and kits, save them into the plug-in, and even share them with other users on different platforms and hosts.

The software now includes all five of the S.A.G.E. Xpander expansion libraries, providing even more material in various genres, from straight ahead drum beats and kits, through ethnic percussion, and onto heavily processed sounds for hip-hop and techno production. Each groove is presented in S.A.G.E. activated versions that allows for changing the pitch, tempo, feel and pattern independently without using any DSP.

Another innovative feature in Stylus RMX Xpanded is the Chaos Designer. With simple controls, the user can introduce musical "chaos" into the groove, allowing for constantly evolving variations, and giving the impression that the audio grooves are improvising. The results can be subtle or extreme. A Capture feature allows the spontaneous audio chaos patterns to be made into a MIDI file, dragged and dropped into the host sequencer, and played back again for further editing by the user. 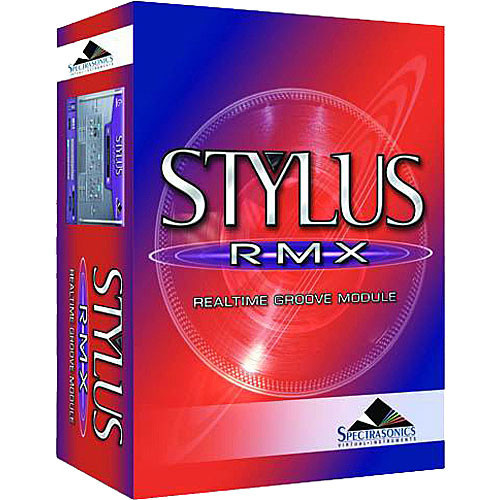