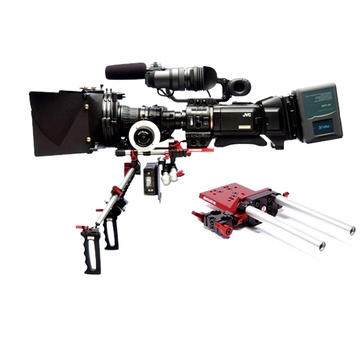 The Zacuto Lightweight Support System (LWS) comes with Z-Release for all professional 2/3”, 1/2" sized cameras as well as prosumer cameras such as the JVC GY-HD100/200/250 and/or the Canon XL-H1. The LWS gives you the ability to mount rods to the front of your camera so that you can attach matte boxes and follow focus units. This system was designed to be used with a wedge style tripod plate. Zacuto has taken this several steps further. This is the first universal lightweight support plate to work with all Sony, Panasonic, Canon and JVC cameras that use the wedge style tripod plate, meaning that one plate can be used for all cameras. When you get a new camera, you can still use the Z-LWS.

The Lightweight Support System has unique features that have never been seen in lightweight support plates such as incorporating two Z-Release mounts into the plate. These mounts allow you to be able to attach any Z-Release equipped products directly to your Z-LWS plate. This frees the camera from having to mount equipment on it. Also, with the flip of a Z-Release lever your equipment is released allowing you to go handheld in seconds. No more unscrewing monitors for a simple location move. You can mount items like Zacuto wireless plates, Zamerican articulating arms or any other articulating arms retrofitted with Z-Release, on-board monitors, hard drives and more. Virtually anything can be mounted to this style of camera allowing you to completely customize your setup, similar to the versatility seen in Zacuto’s baseplate line. Z-LWS package includes: the LWS plate, two 8" front rods and side mounted double Z-Release mount, which can be switched to either side of the plate. 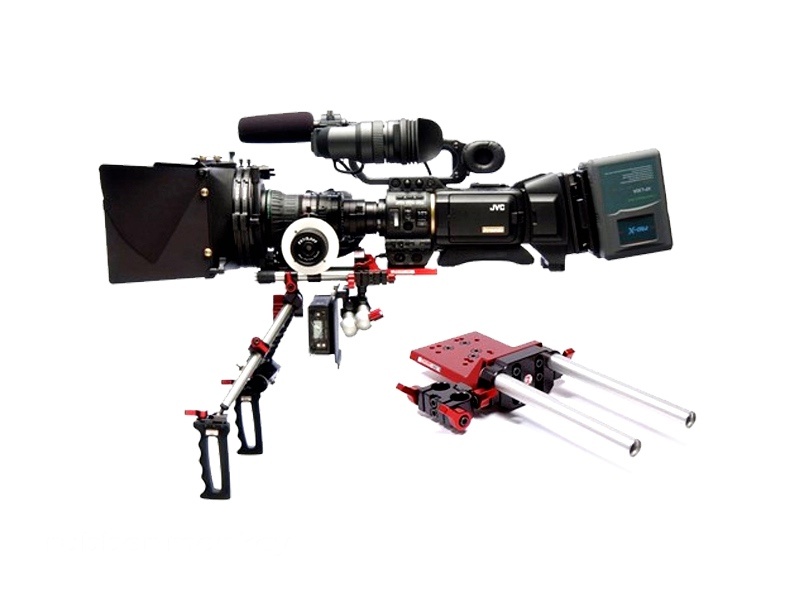