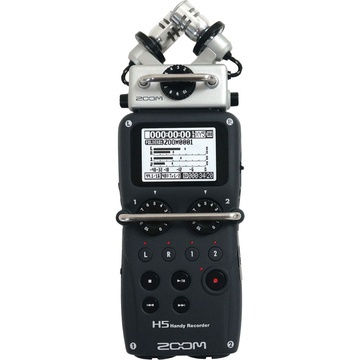 The H5 Handy from Zoom is a compact, portable handheld digital recorder that is capable of four-track recording and features an interchangeable, modular microphone system. The recorder ships with an XY microphone capsule and is compatible with the existing line of H6 modules including the optional shotgun mic and XLR/TRS input modules.

The included XY stereo mic module provides two matched unidirectional condenser microphones set at a 90 degree angle, and features a built-in shockmount system and a maximum SPL of 140dB. Additionally, the recorder is equipped with two inputs for external sources, allowing you to record simultaneously with the included stereo XY mic for a total of four input channels. Each input is controllable by its own analogue gain knob, and also has a -20dB pad.

The recorder also has an LCD screen and a side-mounted toggle control for navigating through the menu options. It gives you fast access to transport functions, offering physical control buttons right underneath the screen, and conveniently stores its recorded audio to external SD cards. 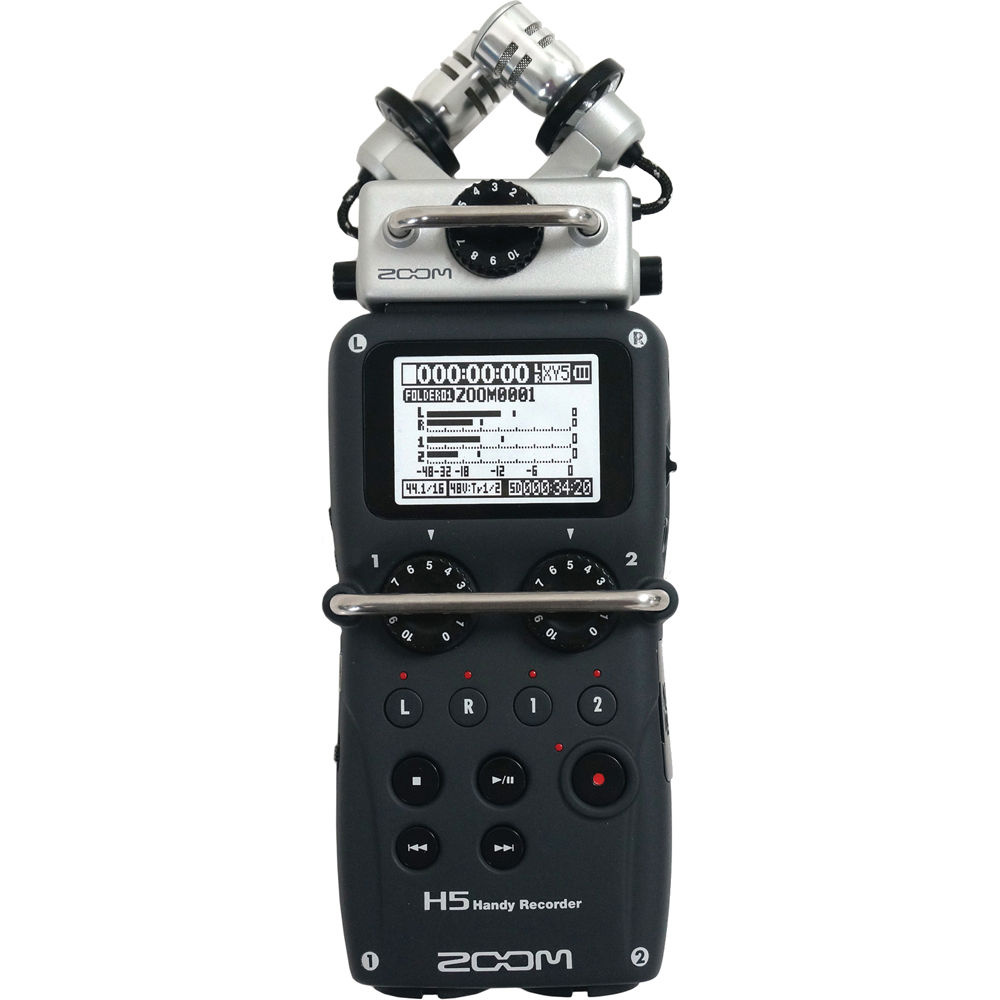