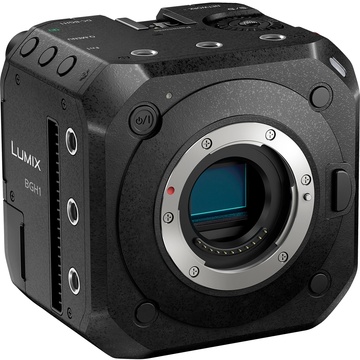 Product #78594 | SKU DC-BGH1
Pre-Order First Shipment Due November
what does this mean? 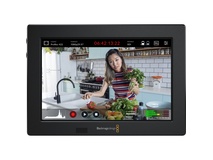 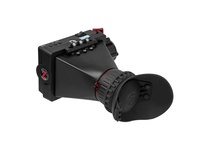 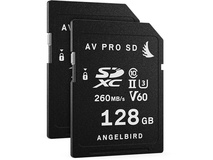 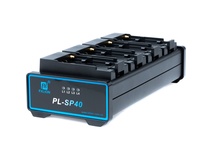 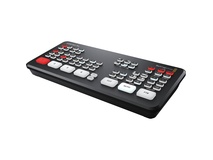 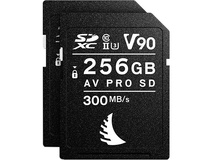 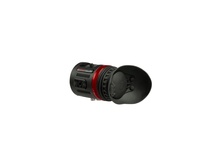 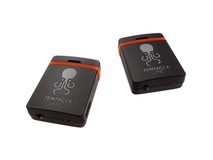 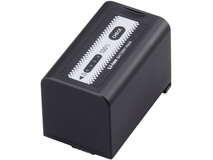 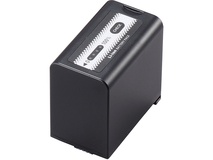 Moving the LUMIX camera range into fresh new territory, the Panasonic LUMIX BGH1 Cinema 4K Box Camera is a modular, box-style digital cinema camera with a miniature form factor, making it ideal for gimbal and drone work as well as broadcast, live streaming, vlogging, and cinema production. This box-style digital cinema camera features a 10.2MP M4/3 sensor, an MFT lens mount, and a wide 13-stop dynamic range to accommodate extreme changes in light. It records video with resolutions up to 4K60 and incorporates VariCam Look workflows such as V-Log L and Cinelike, dual-native ISO using its Venus Engine, anamorphic support, advanced AF (autofocus), numerous remote and power options, and it supports HLG (Hybrid Log-Gamma) colour for vivid imagery to aid professional colour grading. There are many features packed into this tiny form that make it the go-to production camera in any mobile and multicamera production environment.

The BGH1 provides multiple ways to record your footage to high data rate files in the ALL-Intra Long GOP, MOV, and MP4 recording formats with H.264 and H.265/HEVC codecs. The camera supports unlimited recording time and allows you to record 10-bit 4:2:2 video using the camera's dual SD card slots. It can output up to 4K via the HDMI 2.0 output, or you can output up to 1080p resolution via 3G-SDI. The camera allows you to output via HDMI and 3G-SDI simultaneously, so you can use one signal for monitoring and the other for recording. It also supports recording at variable frame rates up to 1080p240 for high-quality slow-motion video. Custom 3D LUTs can be uploaded into the camera using the SD card slots.

The BGH1 is also an ideal camera for multicamera environments, not only because it's highly mobile, but it includes timecode and genlock BNC ports, so you can sync up with other cameras to make syncing in post-production easy. Its RJ45 Gigabit LAN port allows you to sync with other networked BGH1 cameras, manage the camera settings and functions, and even perform direct IP streaming with a future firmware update. Wi-Fi and Bluetooth functionality are also integrated for monitoring, configuration, and control via a smartphone or tablet using the LUMIX Sync app. Another function integrated into the BGH1 is a USB 3.1 Gen 1 Type-C input to control the camera with the LUMIX Tether app, which allows you to capture still images and control up to 12 BGH1 cameras. There is also a 2.5mm LANC input for an additional camera control option with an optional external controller. Audio features include high-grade 48 kHz/24-bit LPCM format, an integrated stereo microphone, a 3.5mm mic input, and a 3.5mm headphone output. The optional DMW-XLR1 XLR adapter can be utilised using the camera's integrated hot shoe, allowing you to record with professional microphones.

Its compact form measures less than 4" square and weighs only 0.54kg, so it can be used on gimbals or drones for high-quality stabilised footage. Its internal fan keeps the camera cool during long shoots, and its aluminium and magnesium housing provides protection and adds to the cooling factor. It also features four 1/4"-20 mounting threads for mounting on a plate, cage, or tripod mount. There are four user-programmable function buttons around the housing, as well as tally lights on the front and rear. You can power the BGH1 using the included power adapter, with a separately available high-capacity VBR-type battery using its integrated mount, or by using PoE+ (Power-over-Ethernet) via the LAN port with compatible PoE equipment. There is also a cable lock included for keeping your camera cables secure, so they don't disconnect. 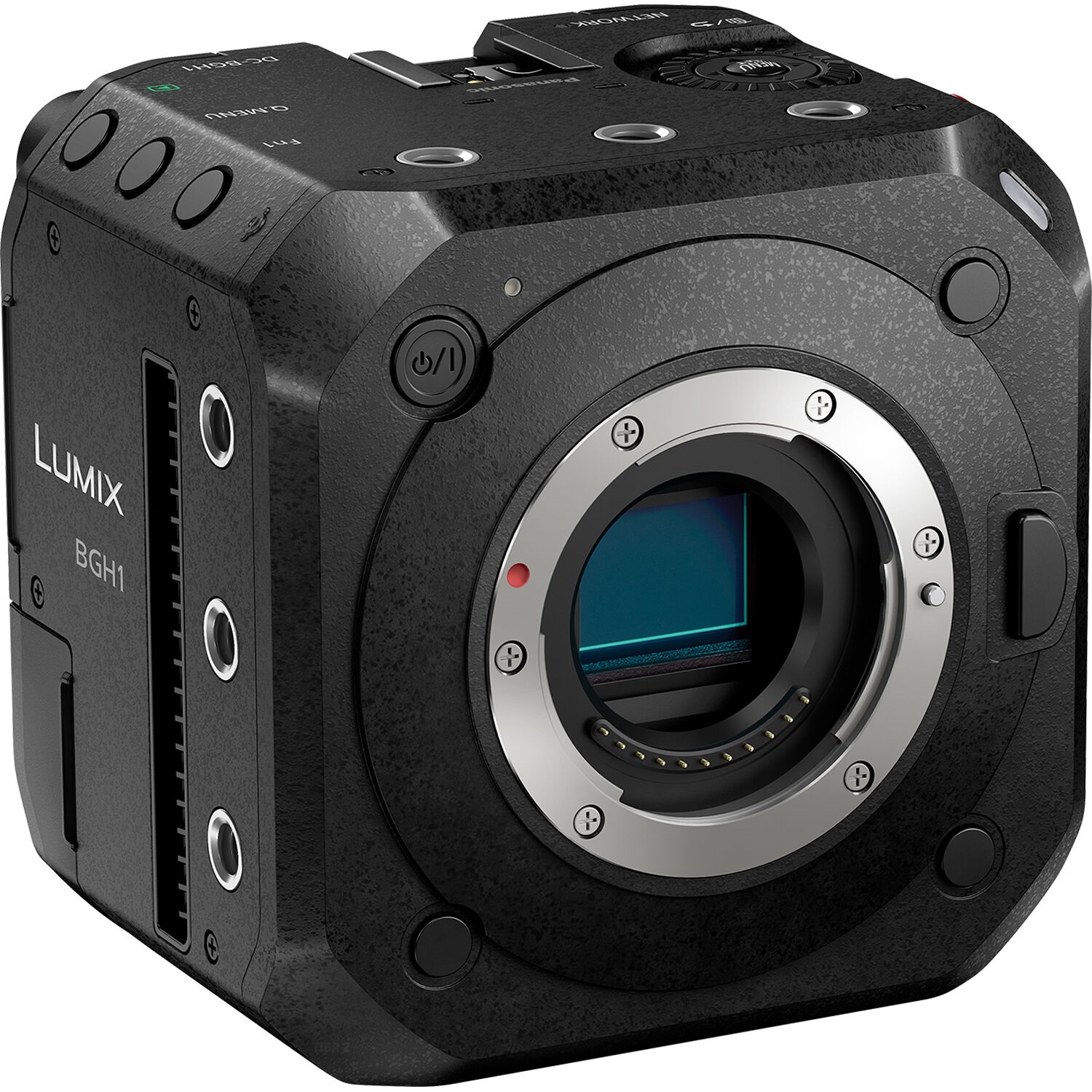